Two-seater, heavy fighter-interceptor, equipped with the “Smerch” radar system, developed on the basis of the Tu-98 supersonic bomber. The first flight of the prototype took place was made on March 18, 1961. To adopted by the USSR Air Defense in 1965 and remained in service until 1990 (1992).

The main equipment of the aircraft was the radar control system for missile weapons RP-S "Smerch", with a target detection range of 50 km and target acquisition of 30-40 km.

The aircraft's fuel was were installed in ten fuselage soft tanks and two wing fuel tanks. The tanks are designed for 15.500 kg of fuel.

The armament of the aircraft consisted of four homing air-to-air missiles of the R-4RM and R-4TM types.

Note: According to the Western media (of that time), missiles with a passive guidance system were being developed to hit targets up to 40 km. 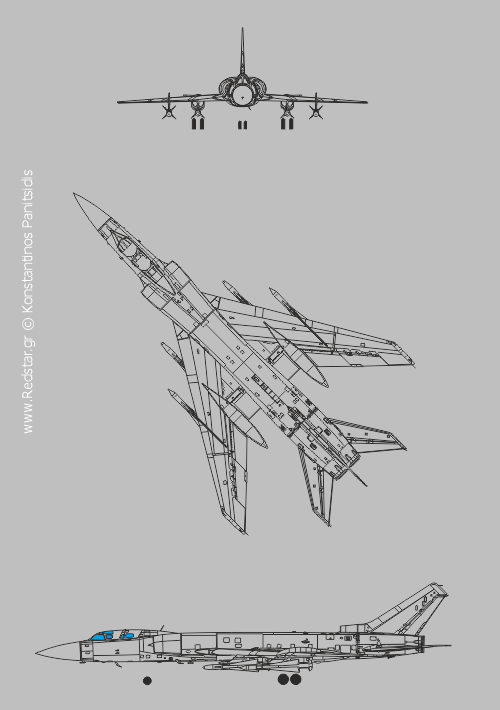