The Rafale F3R aircraft is made according to the "canard" aerodynamic scheme, with a triangular mid-wing, with an additional all-turning front horizontal tail and a single-fin tail. The Rafale F3R is a twin-engine multi-role fighter aircraft, equipped with M-88-4E engines, with a maximum thrust of 7,711 kgf (with afterburning) each, with simultaneous upgrading of electronic equipment, also incresed carrying capacity of armaments and the gun control.

Specifications: Length 3650 mm, Diameter 178 mm, Mass 165 (190) kg, Warhead weight 25 kg and type high explosive blast-fragmentation. Its maximum speed 5.512 km/h , while its maximum range is > 100 km. The missile has the ability to engage and destroy targets performing maneuvers up to 11 g.

The AASM Hammer is a family of smart, new-generation, guided air-to-ground weapons with different standard bomb sizes (125, 250, 500, and 1.000 kg).
Fire-and-forget, it can be aimed at stationary or moving targets with very high accuracy thanks to three guidance kits-INS/GPS, INS/GPS/IR and INS/GPS/LASER - wether by day or night, in all weather conditions with a range exceeding 60 kilometers.
Autonomous after it has been dropped, the AASM can be used at low altitudes, cross hilly terrain or veer sharply from the firing aircraft. Interoperable and combat proven, the AASM Hammer meets all the spectrum of Air Forces' needs at the tactical level. Deployed in foreign theaters of operation, it has shown its performance and reliability. 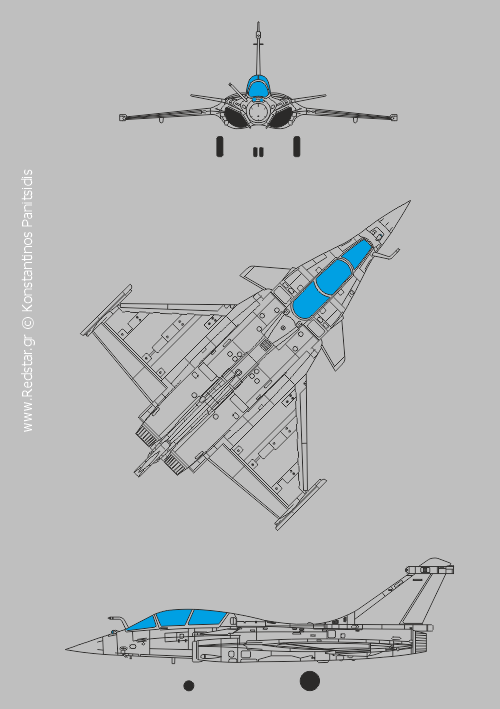