The project was undertaken by the Russian Aircraft Corporation "MiG". The agreement entered into force on March 7, 2008 and provided for the modernization of all IAF operational MiG-29s, including trainers. This contract amounts to 900 million. dollars.

Glass cockpits with HOTAS-compatible flight controls
The conformal spine fuel tank the cockpit and it also possible to install additional equipment
The modernization will include
Modern electronics
Low operating costs
Equipment of western origin can be easily adapted to the aircraft
Transportion of new generation missiles
Installation of modern AESA type radar (Zhuk-M2E or Zhuk-ME)
The overhaul life the aircraft is a long 3500 hours
Transportation of external fuel tank with a capacity of 1500 and 1900 l.
KOLS infrared search and track sensor and laser ranger

In general, this is an progression of the MiG-29 “9-12B”, which includes more fuel engines, in creased fuel capacity, service life, possibly improved coating for trace reduction an advanced sensors and weapons. The new radar and weapons systems of the MiG-29UPG (are analogous to the SMT and KUB version).

Operation modes: Air-to-Air: Detection of targets and measurement of the it range 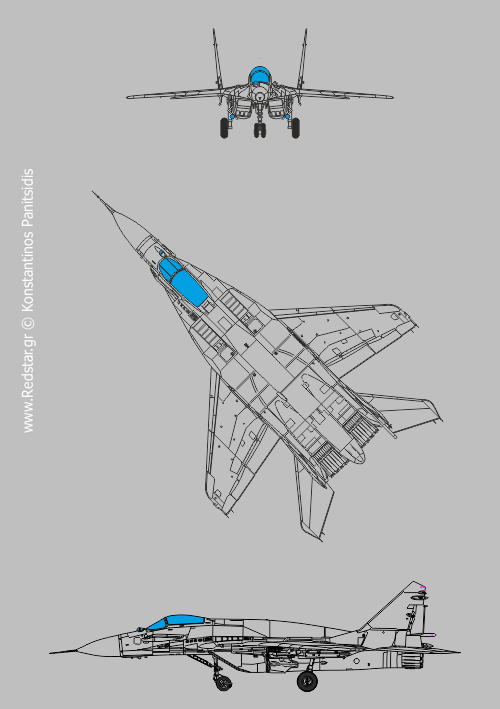