On Tuesday, 20 of August 2019, "LSV ETNA" berthed in the port of Pireaus in Greece. "LSV ETNA" is a supporting ship to long-range Italian Navy missions. The intermediate station in Piraeus was scheduled as part of a greater journey around the Mediterranean sea for the training of the sophomore cadets of the Italian Naval Academy. 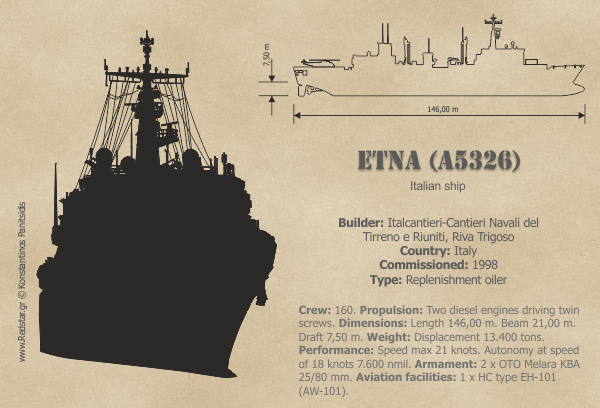 This specific Etna-class ship has the "HS Prometheus (A-374)"; as a newer sibling, a sister ship, in the Greek Naval Fleet. This information alone generated much interest to the local visitors. Both ships began their journey on the drawing-boards of "Fincantieri Group"; which is a world-class company of naval designers.
ETNA was designed to replace "Stromboli", and carry out fully computerized management of support missions to the Italian fleet in the area of aerial support, refuelling, maintenance, the supply of spare parts, ammunition, freshwater, medical care, and civil protection when needed.
ETNA is, by all means, an autonomous ship. It has the capacity of producing electrical power for all its replenishment missions, has workshops on board for various light or substantial specialized repairs while sailing at sea. It has catering facilities for the wounded soldiers and state-of-the-art integrated telecommunication systems. However, despite the vital importance of its missions, does not carry very sophisticated weapons for self-defence. 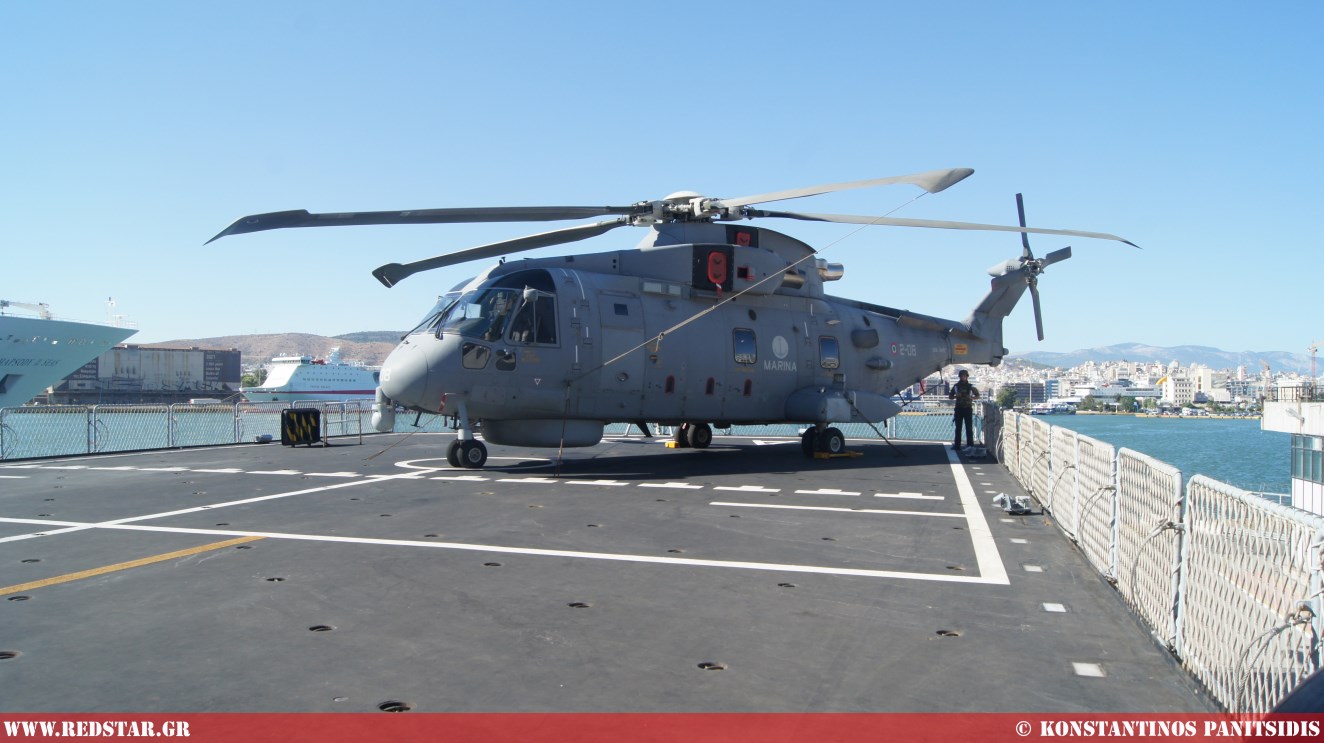 The aerial support is performed utilizing an EH101 helicopter which is, amongst others, an aerial platform for anti-submarine warfare (ASW), and anti-surface warfare (ASuW). The EH101 helicopter is a joint venture product between Agusta and Westland, which is now part of the Finmeccanica group.
The helicopter’s landing-deck is at the stern of the ship which serves as a hangar facility as well. The landing-deck has ample space to facilitate loading and unloading procedures of materials carried by helicopter.
It may carry up to 10 persons depending on the mission. Additionally, it features electronic warfare systems for countermeasures for its protection against radar-guided and passive missiles.

The ship has seven (7) tanks which contain 5,795 metric tons of diesel, and 1,585 tons of aviation fuel. There is an aft station for the supply of diesel fuel and two lateral stations which can supply simultaneously two other vessels sailing alongside provided that their between distance is not less than 30 meters and the sea-state is below grade four (4).