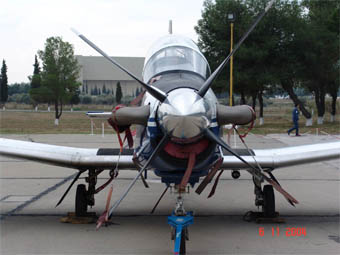 The first flight of the prototype took place in December 1992. It has been produced since 1997 by Raytheon.

On August 8, 1999, the contract for the acquisition of 45 T-6A Texan II, by the American company Raytheon Aircraft Company, was signed.