The civil version was designated as SA-365C, with the first deliveries beginning in 1978.

The version SA-365S-1 – bore engines of Arriel-1 series with 667 hp each, with modified main gearbox, and in version SA-365 C-2 carried two engines Turbomeca Arriel-2C, with max performance of 977 hp.

Further development of the helicopter was held by the consortium Eurocopter, created on January 16, 1992 by “Aerospatiale” and German “EBM”. The first AS-365N3 flew in October 1996 and a year later the AS-365N4 and then, the ES-15.

In 2003, Squadron Helicopters with six Eurocopter AS.365 Aegean Dauphin N3.

The Greek AS.365N3 carry such equipment as:

The helicopter carries a conventional four-blade bearing rotor with a Fenestron type tail rotor, built in the vertical stabilizer. It has two engines and a retractable tricycle landing gear. The two engines are Turbomeca Arriel-2C, with a maximum power of 977 hp or 730 kW (365 kW each). 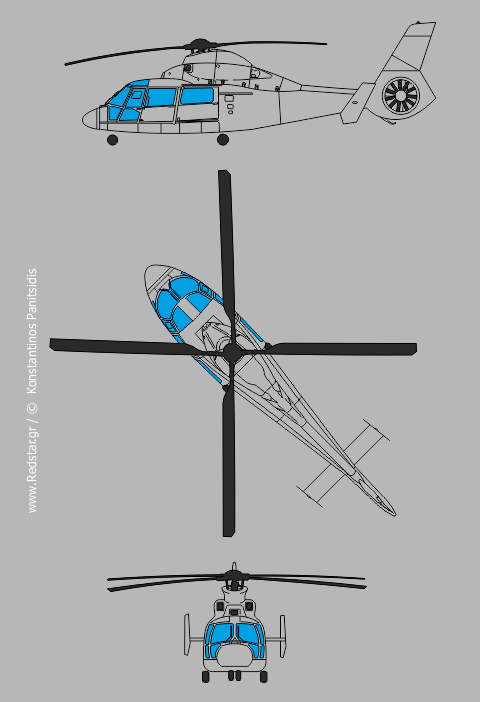