In the late 1960s, Cessna began the development and modernization of Model 172 aircraft.

The aircraft began to be fitted with engines Lycoming O320E, instead of O300. The first flight of the modified version was in 1968.

In 1972 first appeared the Model 172L (delivered 1.535 aircrafts), that differed in increased surface at the root of the vertical stabilizer airfoil, which was extended up to the cockpit, landing gear and main landing projector, which was moved from the left wing to the bonnet.

The Model 172M version quickly became popular and made a total of about 6,825 units.

The edition Model 172 Q Cutlass, with fixed landing gear appeared in 1982 and a total of 391 units were made.

Based on the Model 172P, a special high-speed aircraft was developed, the Model R 172 Hawk XP equipped with engine IO360. 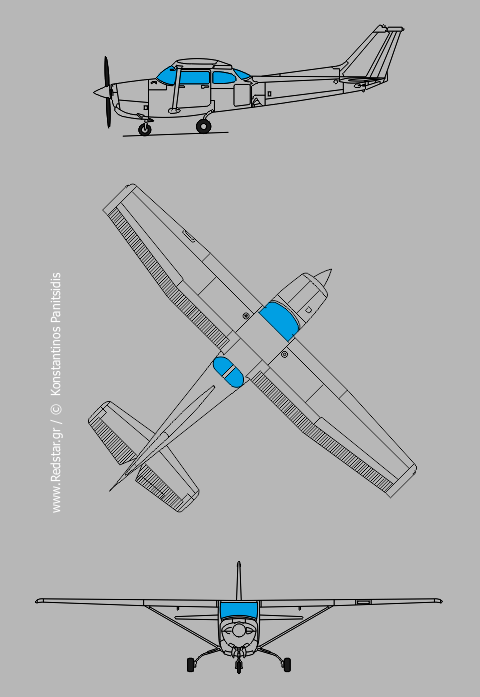