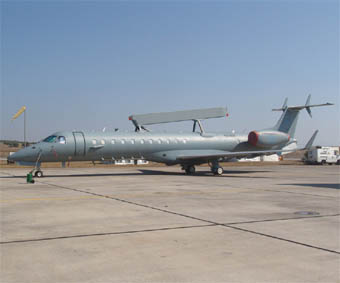 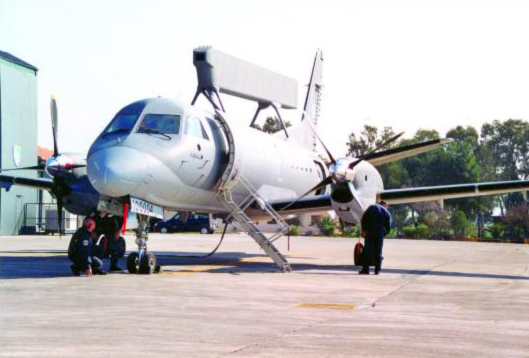 SAAB 340AEW&C: One of the two SAAB-340 aircraft of the intermediate solution, joined the force of HAF in 2001 and remained until 2003 (September) where they returned to the Swedish Air Force.

EMB-145H “Erieye” AEW&C comes from the ERJ-145 passenger version, equipped with active phased pulse radar-doppler and emits S (3.1 -3.3 GHz) frequencies from Ericsson Microwave Systems. It flew for the first time on May 22nd, 1999. The range of the radar in target detection reaches 450 km and the performance of radar against fighter- size targets up to 350 km (and 150 km against cruise missiles).