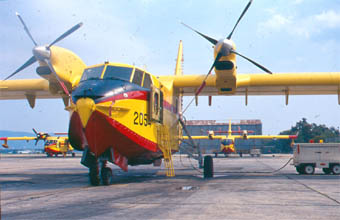 Photos from the personal collection of A. G. Leontaritis

Furthermore, it possesses the following capabilities:
1. Water payload of to 6321 kg (sea water)
2. Maximum speed of 359 km/h and rate of climb 9 m/s
3. Electronically controlled water release system. Four water release doors with the capability of multiple drops
4. System for mixing the retardant fluid with water for the production of foam
5. Capability of carrying 8 firemen 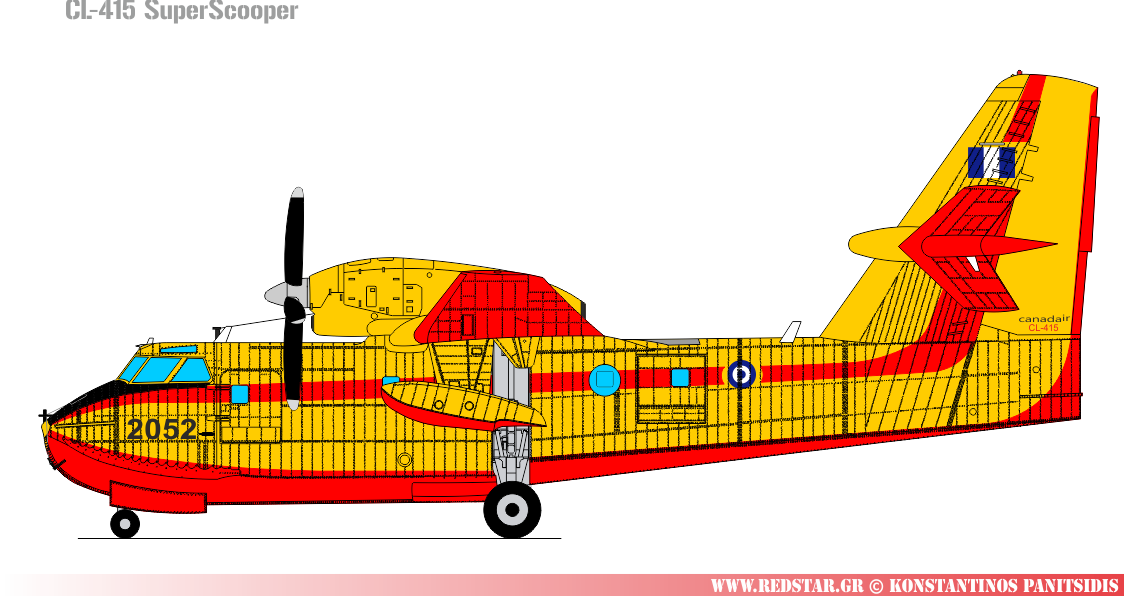 CL-415 is basically the same as CL-215. However, the installation of turboprop engines on CL-415 resulted in the increase of the total weight of the aircraft, thrust and torque.These three changes created the need for greater lift, greater directional control and aqualization of the additional torque.

For the resolution of these problems, wing endplates were placed on the wingtips – instead of increasing the wing span – in order to increase the lift thus simultaneously gaining in fuel consumption and speed. Mid-tailplane-finlets at 5o offset were added to the horizontal stabilizers and, in addition, tabs were added to the vertical fin to ensure directional stability and elimination of the excess torque. 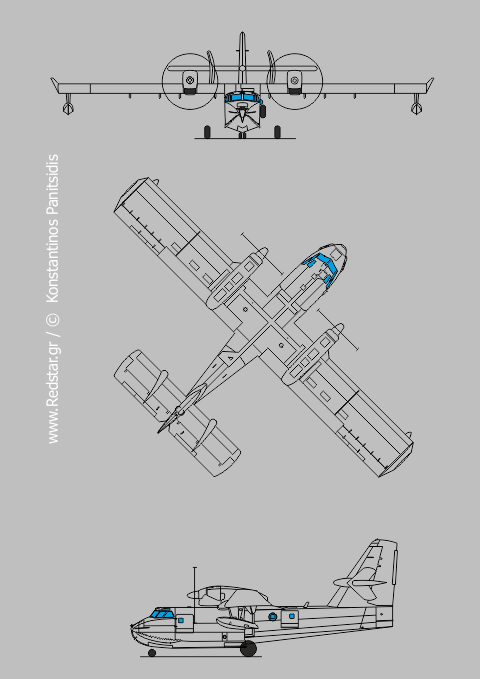