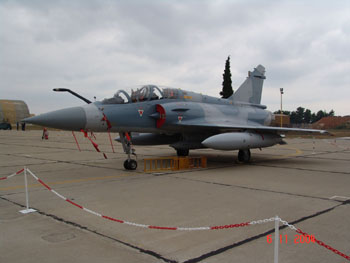 Mirage 2000-5 is a multipurpose fighter-bomber developed by the French company Dassault.

All modified Mk2 aircraft are part of the 331st Squadron as well as the single-seat modified aircraft from the Greek Aircraft Repair Plant (HAE).