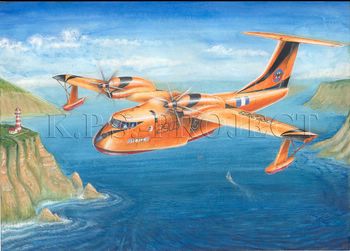 Every summer, from the firefighting aspect, is expected with a sense of anguish and nervousness. It's the season that puts the whole firefighting system to the test, due to the many fires this period of time, especially in Southern countries, like Greece.

The results of the previous season becomes the new reference point in forecasting, planning and applying the available forces in the best way, based on conclusions of previous actions.

The last years have been really devastating in losses of forests, plantations, animals and even human lives.

The pertaining problems prove that a new approach to the problem is necessary. A whole new strategy in firefighting must be planned and implemented, which will redefine the technical means, the human resources, the goals even the legal considerations that must be made.

This problem becomes more crucial for Greece, especially if we consider that we have the lowest forest percentage coverage of all other European countries: about 13%, when in Spain it's 33%, in Bulgaria 32% and in Italy 22%. Another crucial fact is that every year reforestation covers only about 1/8 of the burned areas.

Firefighting airplane YETOS 2903 can perform from land, sea, lakes and rivers. It can also perform from unprepared airways and snow, if the special ski system is installed. It can also be filled with water at the airport. It's designed to withstand loads up to 3.5 g, with a safety coefficient of 1,5. It's equipped with two turboprop TV7-117 engines of 2,700 hp each during take off, while the continuous full power is about 2,400-2,600 hp. Firefighting missions are not the only ones this airplane can perform. It can also be used as passenger plane, cargo, air-ambulance, coast guard patrol, search and rescue, etc.

Statistics show that turboprop firefighters have a denser water drop print than turbojet airplanes, due to their lesser speed and better drop control. The aircraft is equipped with an airconditionning to make the pilot's work more comfortable and thus, effective. The water tanks have a total volume of 6,000 kg. 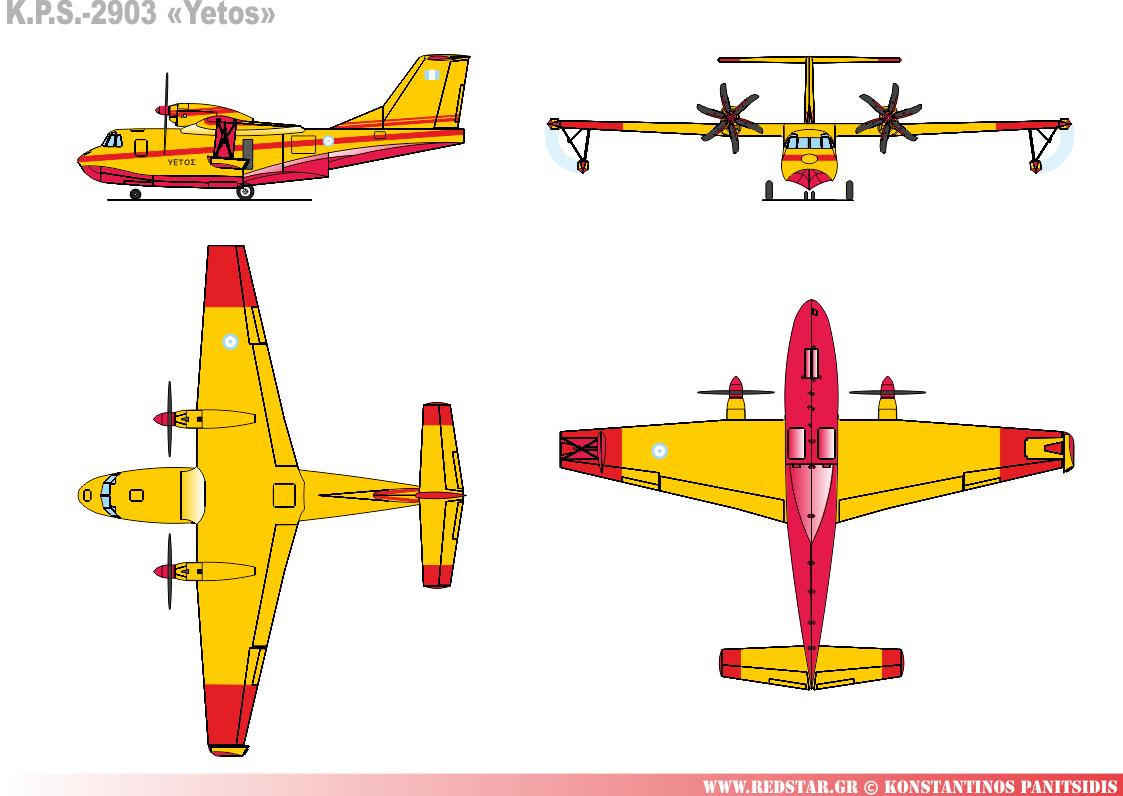 The crew consists of 3 members (2 pilots, 1 engineer). There are also seats to accomodate 8-10 passengers in the cabin. The hull of the plane has 2 hydraudynamic steps. The second one provides better control on water and better water sliding. Lengthwise the fuselage is divided in three water-tide sections. 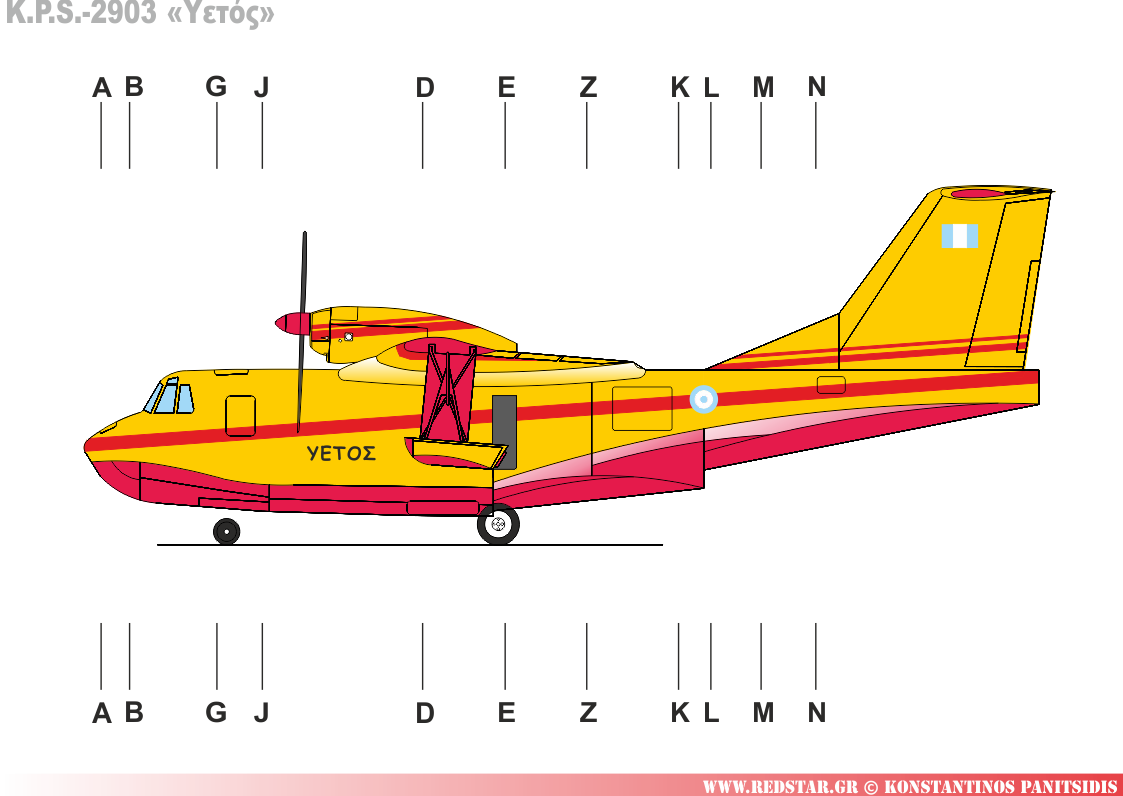 The first section holds the cockpit, the radio equippement and other systems of the plane. The two water tanks (6,000 kg) and the toilet, are located in the second section of the aircraft and so is the engineer. The third section has an area for luggages, post and other stuff.

The profile of the wing is NACA - 2415. It's all made of metal and has two langerons.
It's shape is trapezoidal and at the wing tips it has two floaters for better on-water stabilization.

Power plant
The aircraft is equipped with two turboprop TVD7  117 engines (or a western analogue), with a 2,623 horse power each. The propeller has 6 wings and a diameter of about 3 meters.

Fuel system
The aircraft's fuel tanks are located inside the wing. Each one is consisted of 8 flexible containers (cells), placed in between the langerons of the wing.

Lubricant system
The lubricant system is used for engine lubricating and cooling. The tank is located by the engine's side and the volume is 30 ltr.

Radio and navigational equipment
The plane is equipped with - VHF, UHF UHF/FM , VOR , ILS, IFF, and RADIO COMPASS. The exact configuration is depended on the mission and the type of the aircraft.

WATER DROPPING SYSTEM
The aircraft, since it's designed for rapid response against fires, has two large tanks, able to be filled with sea water and deliver it on target. It's also able though, to be filled on airports, from two points. The water dropping system is controlled electrically and works hydraumechanically. The tanks and the airplane itself, has undergone a special process of anticorrosion covering. A small window allows for the inspection of thw water tanks. Water displacing of the water during flight, is minimized due to diaphragm inside the tanks. Every tank has a pressure release tube to expell overloaded water.

NOTE:The water tanks are located at the gravity center of the airplane, minimizing thus, the work of the trimmers, balancing the craft, during water intake and releasing. Water draining taps, allows for the full drainage of the water tanks.

NOTE: The maximum speed of the aircraft on water during water intake is about 80-90 KNOTS.

The needed time of water gliding for the two tanks, (total volume of 6,000 kg of water), is just about 10 to 15 seconds (depending on the water surface state) and is done with a speed of about 130-150 klm/h. The filling of the tanks is done through two special probes which extend a little under the fuselage hull.

Upon touching the water surface with the necessary speed, the filling of the tanks is done due to inertia. When the tanks are full, but the probes remain submerged, the excessive water is expelled through a special drain tube on top of the tanks. 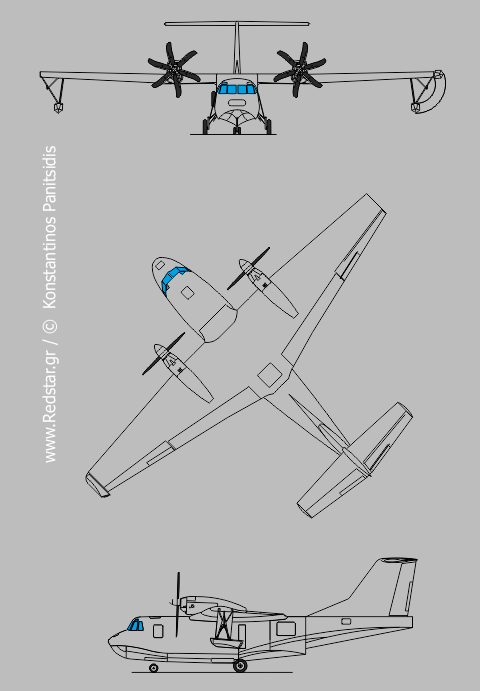