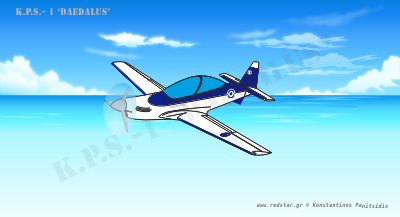 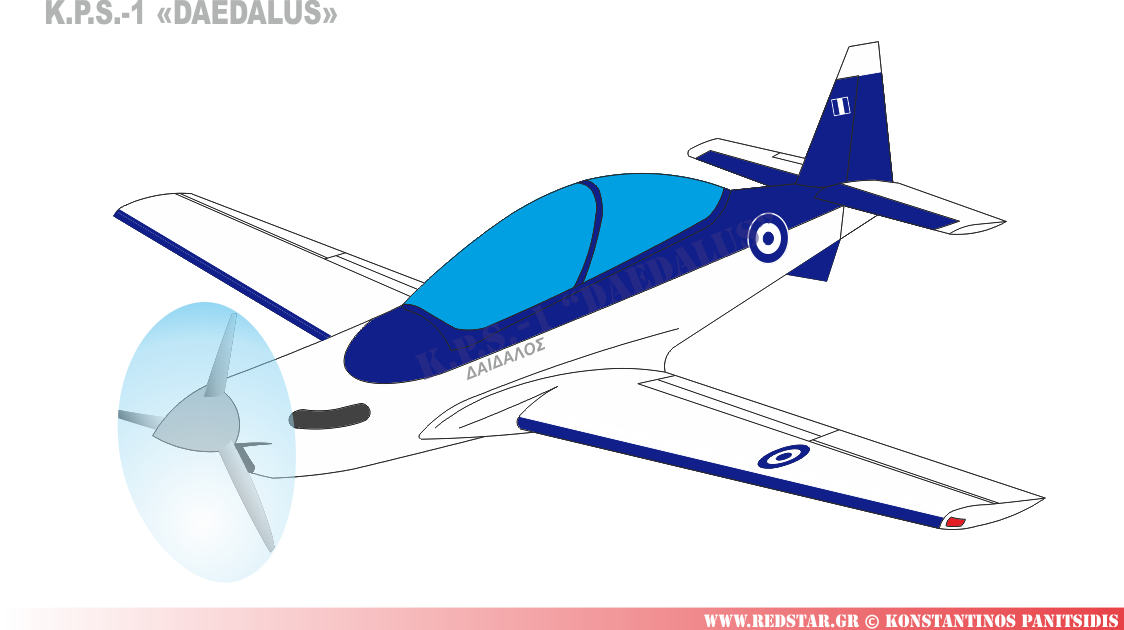 O "Daedalus" belongs to the class of light aircraft equipped with piston engine, the turbo-prop. The vessel provides high performance and ranks sailer in most modern new generation aircraft with the ability to maintain high readiness and skills of the Air Force crew

The "Daedalus" is a low wing, single-engine, two-seat aircraft. Very good aerodynamic surfaces, give the ability to operate with large angles of attack and perform extreme maneuvers. It is very important for a training aircraft to simulate and approaching the capabilities of a modern fighter aircraft.

K.P.S.-1 – equipped with turboprop engine with maximum power of 400 h.p

The whole structure featuring clean aerodynamic lines and pretty neat combination structure and wing. Small extensions of the leading edge, LERX are designed to form a smooth connection between the structure and the wing to generate lift or otherwise controlled turbulent eddies.

The cockpit includes two main displays large multifunction shape for each operator. For the survival of the crew has ejection seats "Zero-Zero".

To facilitate education in night missions, can be equipped with night vision goggles. For better cooperation of the trainer and the trainee, the display mode of flight information and targeting, an embedded system with a sight on helmet system, type HMD, with demonstration objectives and simulation visualization.

The propulsion system consists of a piston engine with maximum power up to 400 h.p. The alternative turboprop even diesel engines with power up to 450 h.p.

The aircraft is able to transport light weapons external pillars beneath the wing as pods with gun 7,62 mm cannons or 12,7 mm free-falls bombs 100 kg or fuel tanks.

With the integration of the new generation fighter aircraft, the existing education no longer meet the requirements of education, high cost effectiveness and exploitation and need replacing. The aircraft is required to be equipped with a modern propellant assembly (piston / turboprop engine) designed for aircraft performing extreme maneuvers. 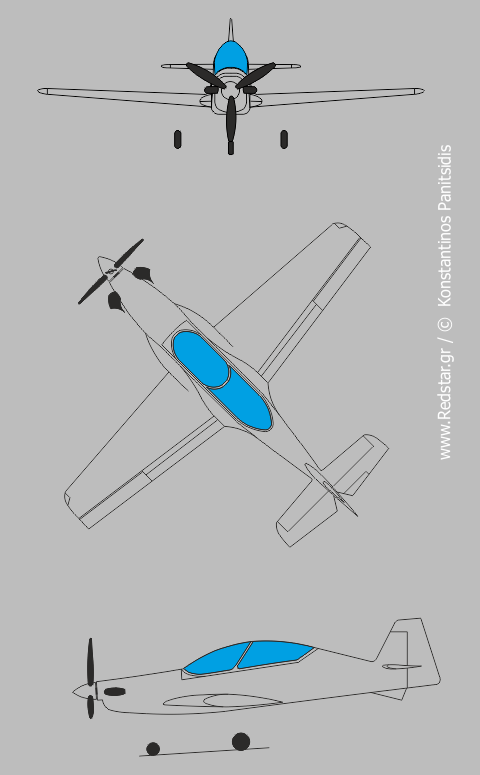