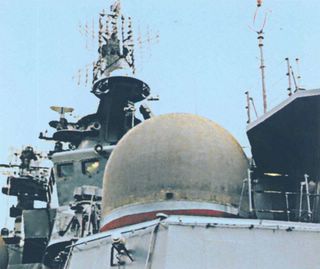 ARMAMENT
Missile and gun weapon in a single mount

CONTROL AND RECORDING EQUIPMENT
provides for recording and processing of command and combat data.

MAINTENANCE AND TRAINING
provided by means of three special-purpose vehicles and an indoor simulator of command and combat modules, respectively.