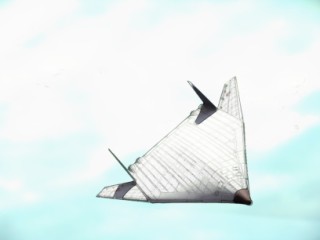 If judged by the Rospatent (Russian Federal Service for Intellectual Property), it was registered on 18/08/2021 and which was published in 16/03/2022, by by PAO Tupolev titled "Aircraft engine air-intake". He also presented a blueprint/design drawing of PAKDA, in the form of a flying wing. Apparently, it may be equipped with two NK-32 engines with trapezoidal nozzle.
The crew of the aircraft consists of four people. The wing span is 54.00 m, the length is 21.00 m and the maximum take-off weight is 145300 kg. 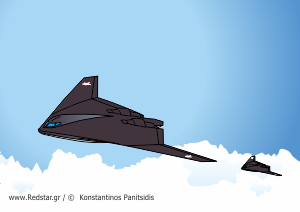 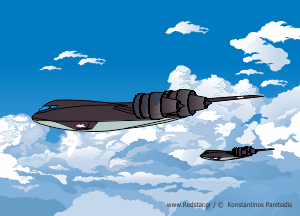 A "flying wing" project from back in the '80s, of an antisubmarine aircraft, the Tu-202, is possibly being reviewed as the basis for the next russian long range bomber, for the period beyond 2025.

It must have a bomb/rocket compartment able to carry a cylindrical rotating launcher system, able to corporate 6 X-101/102 or X-555 rockets whitch implies dimensions of 8.75x2.5x2.5 m. 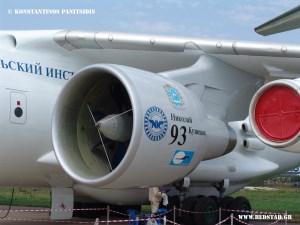 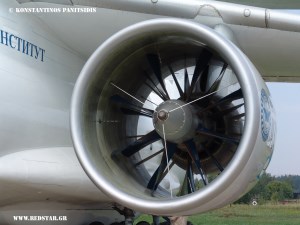 NK-93. To create from scratch a new engine would require huge efforts and investments. Therefore, on the basis of the existing engines NK-32 and the very promising, or by others not so successful, NK-93 will be modernized and upgraded with the use of new technologies. © Konstantinos Panitsidis

D-18. The most powerful turbofan engine of the post-Soviet era is the D-18T of 23,4 tn thrust. Russia, despite the high demand, does not have a greater thrust engine. © Christos Fotiadis 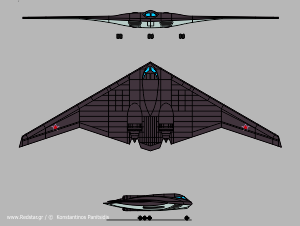 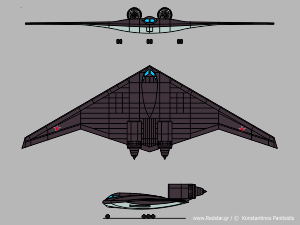 The researches for new kinds of weapons and aircrafts during the after war years were indeed impressive. With the Tu-16 Badger-A medium range bombardier coming into service in 1954, those airplanes reached new heights of performance for their time.

In 1956 the transcontinental bomber Tu-95 came into service. On its base, during the decades of 1950 and 1960, a series of experiments were conducted concerning the possibility of nuclear powered aircrafts, so that they could reach every point on the globe.

The flight tests were done with the Tu-95LAL (flying lab) in 1961 and all together, 35 flights were conducted. The program was canceled after the realization that the difficulties could not be overcomed, at least with the technology of those days, not to mention the effects of a crash. The same conclusion was made by the Americans, who were also making their best to create such an airplane, with a Β-36 Peacemaker.

The development by Sukhoi of a bomber, (tri-sonic) three times faster than the speed of sound, the Τ-4 (or Su-100), was another program for an advanced bomber and was designed as an answer to the American ΧΒ-70 Valkyrie, which those days seemed to be an emerging threat from the "enemy". Both programs were canceled, but T-4 served as a base for the development of Τu-160. At the same time some other designs made their appearance. In 1983 the OKBs Tupolev and Sukhoi took part in a contest for the development of a new medium range bomber as replacement for the aging Tu-22M3. Sukhoi's proposition was named "Τ-60", and it was a supersonic bomber with a variable-geometry wing, flat fuselage and variable thrust vector. In 1988 the OKB Mikoyan was still continuing its development on a design for a supersonic also plane, called Type 301.

According to some estimates, the Russians will not follow the design of a "flying wing", but instead the new craft will carry many novelties in the designing part and is going to replace the Tu-160 and Tu-22M3 aircrafts.

Most of them remained on paper and after the fall of USSR, all those programs had a rather typical than a practical existence. It took more than 15 years for Strategic Aviation to be, once again, recognized as a combat-able (combat) and a deterrent force. With the creation of the 37th Army, in 1998, the long overdue research for a new stealth strategic bomber replacement for the Su-22M2 και Τu-160, was restarted. From the beginning of 2000 the Airforce specialists began their evaluation of the suggested projects, under the general name ΡΑΚ DA.

This was announced by the Airforce General Headquarters. In the contest, several OKB took part and between them Tupolev OKB, which accumulated the greatest expertise in the field of strategic Aviation. Yet, this program remains a big question, as long as there are no information on whether the bomber is indeed in some stage of development, except some information which see the light in a few Russian media and even those are pure speculations.

In a documentary on the Russian TV, under the title " 5th Generation Airplanes", there was a hint for the development of a long range strategic bomber, in order to replace the Tu-160, Tu-95 MS and Τu-22 Μ3. According to the program it's a heavy "flying wing" shaped bomber, with great aspect ratio, which reminds the B-2 bomber. No more information were given as to how far the design has gone.

Prime Minister Vladimir Putin, also has announced that this period Russia is developing a brand new strategic bomber, under the project PAK DA. Possibly the aircraft will be based in some extend on the well know "Blackjack", but with more extensive use of stealth technology. Analysts estimate that Russia will not just develop an existing plan but rather will create an alltogether new aircraft.

On its initial phase it will most likely be equipped with 2 engines of variable thrust vector nozzles, combined with variable-geometry wing, for increased maneuverability. Take off weight will be about 125 tons, the cruising speed will reach 2.200 Km/h and the weight/thrust ratio will be about 0,5. According to these estimations, it will be a twin-engine aircraft with a full thrust of approximately 31 tons each. The noticeable point here, is that today Russia does not have an engine capable of producing similar thrust. Therefore it is more likely that the aircraft will carry 4 engines (for instance, the 117S with a maximum thrust of 15 tons) and will come from the PAK FA program in order to cut down cost and production time. The airplane could carry a load of 24 tons in a range of 12-15 Km, while the fuel capacity will be around 50 tons. It will have advanced electronic flight control system, firing system e.t.c. Specialists notice that for the development of such a new weapon system will be needed from 5 up to 8 years, therefore the first flight would not be expected before 2015. 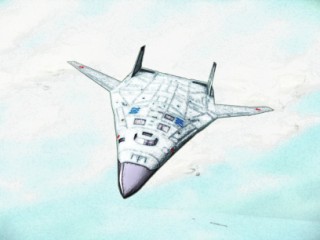 Tupolev's suggestion for the new supersonic bomber, which will probably be analog to Sukhoi's, though its shape is still unknown.

The second information from he Russian media, concerns the development of a bomber with plasma technology, which is concluded from the statement made by a Russian officer. Since this officer was none other than major general Anatoliy Zhihareva, the commander of 37th Airforce Army, we should look at it with some attention. According to his words, the under-development aircraft will be the most advanced in the world! It will be able to operate even from semi-prepared airfields, it will carry new generation precision weapons, penetrate through any existing air defense system, due to its plasma technology and will carry out any mission under all weather conditions.

The aircraft will most likely carry two liquid fuel engines for accelerating and creating the plasma shield, which occurs in very high supersonic speeds (about 4.000-5.000 m/s) and also it will be equipped with a ramjet engine. The plasma shield makes the aircrafts invisible to the radars with far better results than any other "conventional" stealth technology today. Almost all the programs concerning the future bomber are still in suspension and it was announced that the project will be concluded (materialized) in the second decade of the 21 century.

Enhanced version of Kh-55 with a low radar signal (stealth design) and modernized navigational systems,
with a range of up to 5.000 Km. It was first tested in October of 1999. 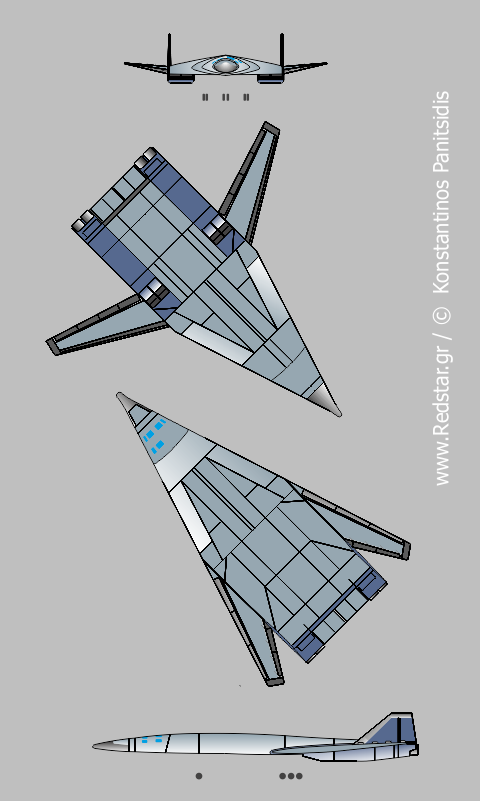