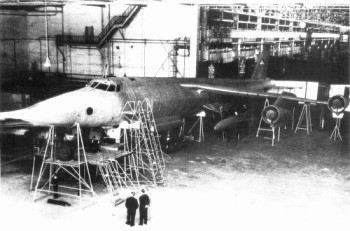 The bomber was essentially a development of M-50 with a different powerplant configuration. Two versions were developed simultaneously: one with a crew of two people and the other for crew training, with three people.

The defensive armament of the airplane was made up of a DB-52 turret with two guns AO-9M of 23 mm at the base of the tail, which would be controlled by the "Kripton" radar.

Also, to increase the range of the aircraft, a on-air refueling system was installed. 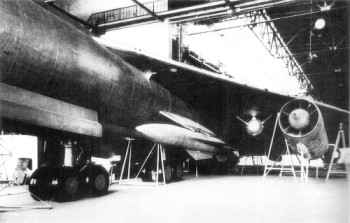 There were also accelerating engines, which after the take off were droped.
All work ended in 1962. There was an order for the construction of three prototypes for flying tests and for the development of M-56.

The original M-52 was completely destroyed in 1968 without making even one test flight.