In the mid-50s, about the same time the development of the XB-70 Valkyrie started from North American, Russia began the project of supersonic strategic bomber M-56, which was developed from the Myasischev office.

Several versions were developed, such as transport aircraft, air-to-surface missile carrier (against ships), ballistic missiles carrier and an aircraft-missile (M-56) with high explosivescharge.

Only a model of the vessel was build. According to the timetable, the first test flight would take place in 1963. The program was canceled in 1960. 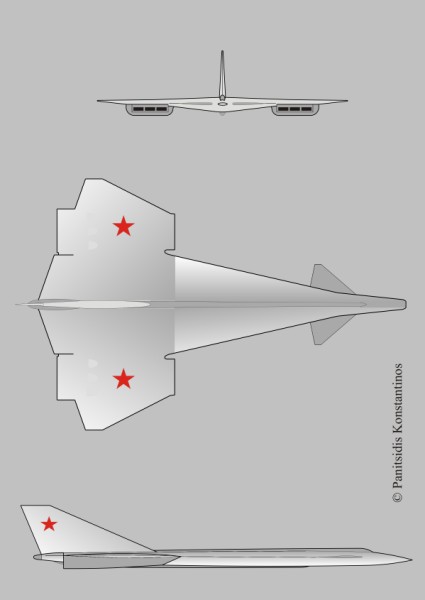