Twin-engine turboprop firefighting aircraft developed on the basis of the An-26. The prototype first flew in 1987. 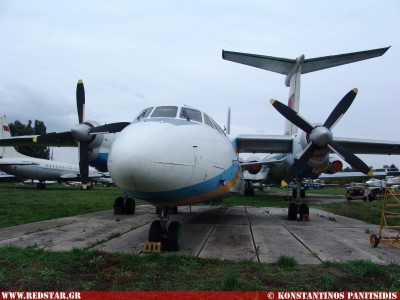 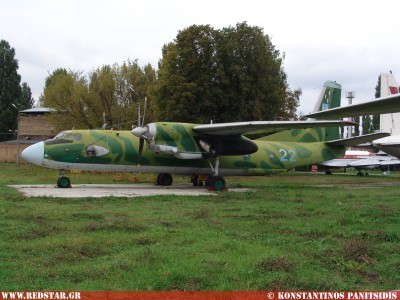 The fire-fighting aircraft is equipped with two groups of tanks installed on the sides of the aircraft (aerodynamic tank / water tank) water tanks are equipped with water release doors, dropping time 2 sec ( dropping water up to 4000 kg). The doors can open either in sequence or all at once depend on the pre-programmed dropping mode by the crew.

In the firefighter version, the An-26P can accommodate a number of 30 forest firefighters combined with cargo that can carry 10 special packages of 100 kg - firefighting equipment. It was also provided for the installation of special containers ASO-2I, with an ammunition load of 384 PV-26 meteorological cartridges.

The tests showed – that the aircraft is an effective in the main in detecting and creating safety lanes in the initial stage of the fire.

After the collapse of the USSR in the 1990s, all aircraft were converted to their original configuration, i.e. transport aircraft.