Photo from the personal collection of Konstantinos Panitsidis

An-32P - Lightweight transport aircraft, developed based on An-32 with the main purpose of fire extinguishing. It is a hight-wing monoplane with turbobrop twin-engined, and retractable landing system. The aircraft has special equipment such as meteorological ammunition to cause artificial rainfall over the fire.

In 1994, a contract was signed with the Israeli company ELBIT for 3 An-32P fire-fighting aircraft to be used in fire fighting in a mountainous area in Portugal. The aircraft made up to 12 exits daily. In 16 days the three aircraft made 545 exits and showed high performance and very good reviews from the European fire brigade and thus continued to cooperate.

Since 2008, four An-32P fire-fighting aircraft have been part of the special aviation detachment of the State Emergency Service of Ukraine 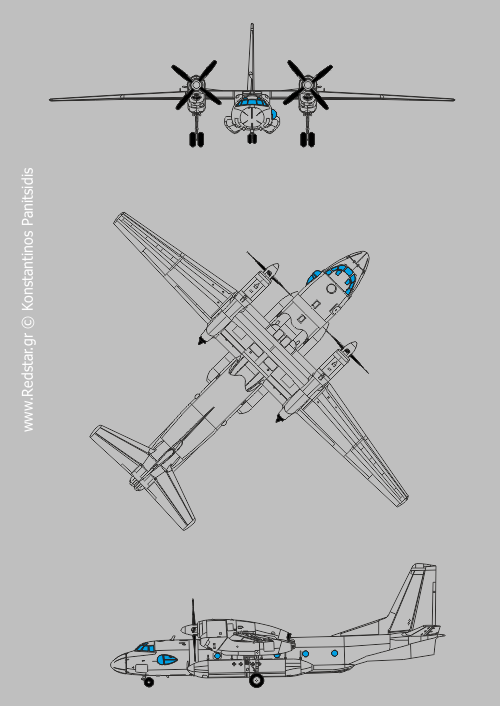