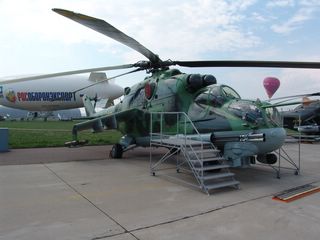 An Army attack/transport helicopter powered by two TV3-117 2,200-hp engines. The helicopter had been under series production during 1970-1989 at the Arsenyev and Rostov-on-Don plants.

A total of over 3,000 helicopters have been manufactured, of which about 600 were exported to over 30 nations.