The Tu-16 medium-range jet bomber is an all-metal construction cantilever monoplane with a mid-wing sweep wing, a single-keel sweep empennage and a tricycle landing gear. The Tu-16 fuselage is an all-metal semi-monocoque with stressed skin.

The first flight of the aircraft took place in 1952 and was put into service in 1954. A total of 1507 aircraft produced (all modifications and prototypes). The Tu-16 remained in service until 1993, and then was completely withdrawn from service.

The armament of the Tu-16 consists of offensive - bombing and defensive. The normal bomb load is 3000kg, the maximum load is 9000 kg. Cannon armament consists of 7 AM-23 cannons of 23 mm caliber, two each in dorsal and ventral remote turrets and manned tail turret, with the occasional addition of one fixed forward in the nose (guns are controlled by remote electrical control). 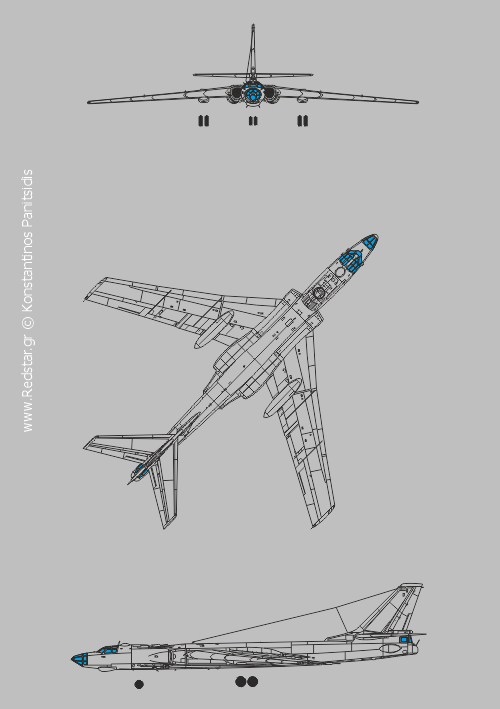