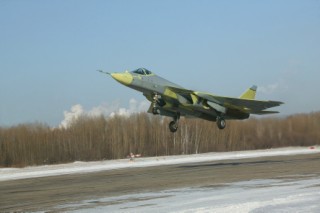 A fifth generation aircraft in service right now, is only available to the Americans (F-22 Raptor), while the Russians still develop their own.

The official Airforce code name of the project is "Advanced Frontline Aviation Complex", while the developing company, Sukhoi, prefers to call it "T-50". It's a "heavy duty" aircraft.

After many years of delay, and overcoming quite a few technical problems, the first Russian 5th generation aircraft took to the air, on January the 29th of 2010, for the first time, with test pilot Sergei Bogdan in the cockpit.

It fulfilled a 45 minute testing flight at the Komsomolsk-na-Amour air base, at the Russian Far East.

As usual the purpose of the first flight, was to raw test the major flight systems and in general the ability of the machine to comply with the main objectives of the design. The flight was described as successful, in a laconic announcement from the developing firm. 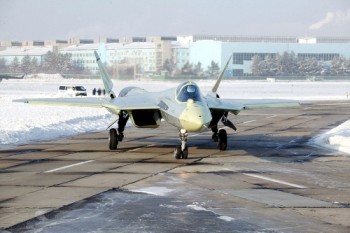 Sukhoi's new aircraft project code name is Τ-50, while according to the Russian Air Force, the aircraft will be called Ι-21 and the "construction" code will be "Izdelie 701".

The first designs of the twin engine fighter present a concept with constructive stealth considerations, mainly due to internal positioning of its weapon payload. Besides that though, the Τ-50 will be capable of conducting air superiority missions, thanks to its great maneuverability. It will also take on missions against ground and naval targets, with super-cruising capabilities.

Furthermore, it's capable of operating from semi-prepared short runways, something attested by its main landing wheels diameter. The new Russian aircraft is expected to be equipped with the latest electronic and radio-navigational systems that have already been tested on previous projects, like the MFI, the MiG 1.44 and the Su-47.

It is estimated that it will carry a number of AESA radars on the front part. Finally it will later be equipped with more powerful engines, with RAM materials, a fully digital cockpit (e-cockpit), infrared reconnaissance systems. The structure is made up to 25% from composites.

Concluding from the first designs and photographs that have becoma available up to now, the front part of the aircraft has a rhombus-like shape, analog to the American F-22 «Raptor», while striking to the eye is the absence of frontal canards, a feature common to many Sukhoi projects for many years now.

Instead, there are movable LERX surfaces, in front of the wings, thus minimizing the electromagnetic signature of the structure and at the same time increasing the maneuverability of the aircraft, even in supersonic speeds.

At the rear, there are two small fully movable, almost vertical (about 25o), tails. This configuration of the tail section also contributes in decreasing the electromagnetic signature, while it can also serve as an air-brake (which can be justified by the absence of an air-break at the top of the fuselage).

The cockpit windshield of the aircraft is reinforced with a metallic frame, which most likely decreases backwards visibility for the pilot (the cockpit windshield will probably be redesigned, but this another sign that the plane will carry out frontline bombing missions as well, hence the name PAKFA - Advanced Frontline Aviation Complex». 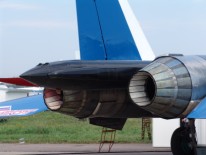 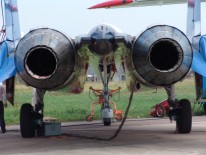 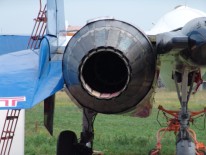 The prototype is equipped with two 'Izdelie 117" jet engines, by Saturn (an improvement of the AL-31F Μ1 engine). This version was first presented in MAKS-2007, being tested on a specially modified Su-27LL Flanker. 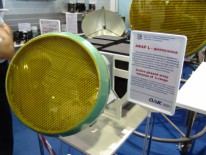 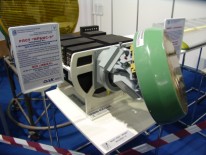 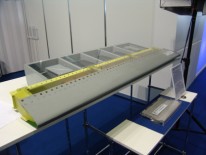 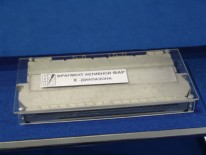 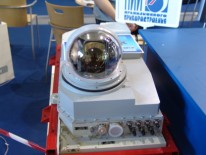 Interconnection and information display are provided to the pilot through two 15-inch multiple display LCD monitors, by "ΟΚΒ Elektroavtomatika" and a holographic HUD on the cockpit windshield. The Τ-50 has a fully digitized cockpit (e-cockpit).

The standard weapon of the aircraft will most likely be a 30 mm gun, (GSh-301) on the right side of the fuselage. The gun's firing rate is about 1500 cartridges per minute and has a 150 cartridge stock.

The main weapon of course, will be the air-to-air missiles "Izdelie 810". This missile is an improvement of the R-37 from Vympel and in theory at least, can destroy a target more than 420 klm away. It can also carry the improved medium range missile "Izdelie 180", which is an evolution of the R-77 missile. This missile has an infrared guidance sensor (IIR), while the orthogonal winglets will probably be replaced with conventional ones.

The maximum range is estimated about 150-240 klm and will be implemented within 2010. A new "all aspect" medium range version of the Κ-MD (Izdelie 300), is reported to be under development. It will be used mainly for dog fights and close range combat, and is thought to exceed in performance and technical characteristics the ASRAAM and Sidewinder-9X missiles. 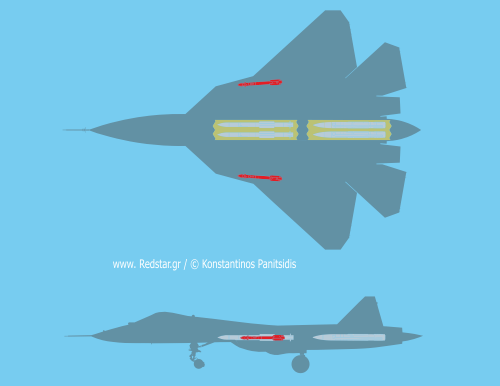 ll the weapons are carried internally, in the fuselage, in two spacious weapon compartments with dimensions of 5,1m x 1,3 m. It can also carry two more missiles in special containers, of 4,1 m length, which are located at the root of the wings. It will most likely be able to carry future missiles and other weaponry. PAK FA (T-50). 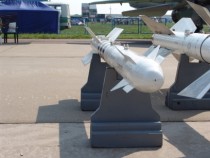 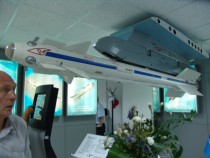 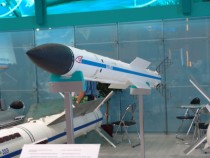 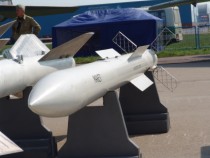 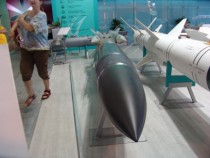 Designed to destroy surface war-ship with a displacement of up to 5.000 t. 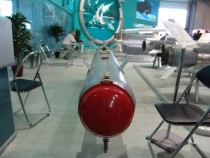 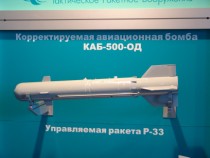 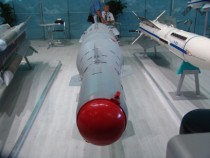 KAB-500-OD: KAB-500S-E (KAB-500 Kr (OD))
This bomb is designed to engage ground targets such as manpower and fire emplacement defiladed in mountainous terrain. 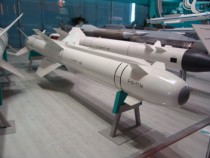 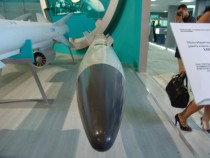 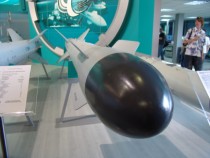 Kh-59MK (MK2): Improved-range missile.  Carrier aircraft launched, designed to kill sea surface radio-contrast targets with RCS > 300m2 (ranging from boat to cruiser) day and night in simple and adverse weather in the high seas or near the coastline.

The first test squadrons are programmed to receive the first pre-production aircrafts in 2013 (two squadrons), with the regular deliveries to begin in 2015. 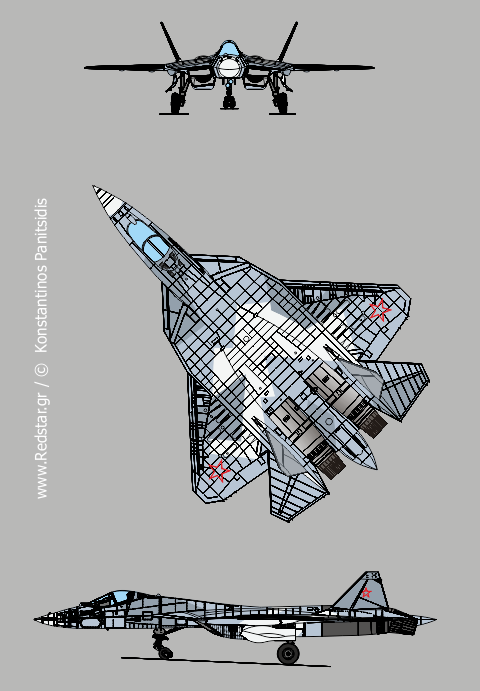