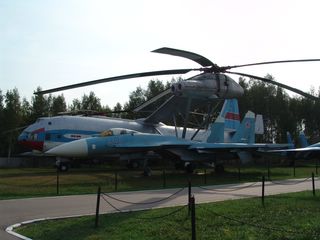 Its maiden flight in its new capacity was made on 2 April, 1996. Su-35's derivative is the Su-35UB twin-seat super-agile multirole fighter whose prototype first flew on 7 August, 2000.

The Su-35 has two widely spaced AL-31F turbofan engines, with afterburner, and 12.500 kgf afterburning thrust each, with thrust-vectoring nozzle control. 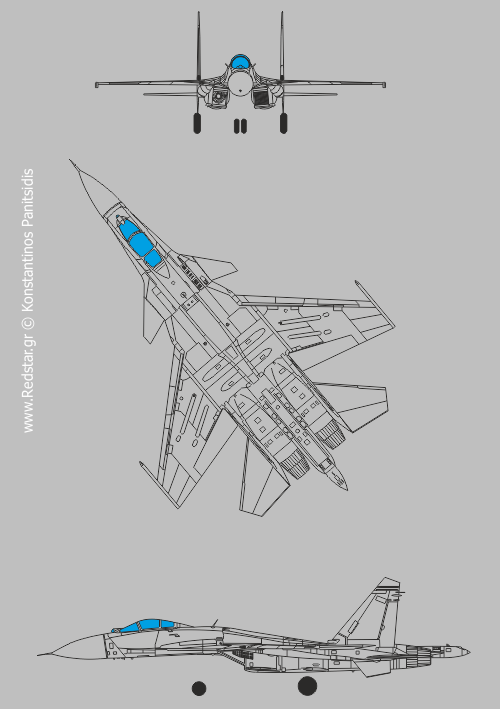