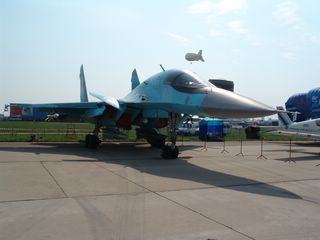 This is a supersonic two-seat multirole combat aircraft powered by two AL-31F 12,500-kgf turbofans. Actually, the aircraft is a comprehensive upgrade of the Su-27 fighter. The prototype first flew on 13 April, 1990.

The aircraft is in production at the named after Valery Chkalov since 1993. As of 2001, a total of six airworthy aircraft have been built. The Su-32/34 is to replace the Su-24M operated by the Russian Air Force.

According to reports, for the year 2018, 102 aircraft have been built.

A radar type Sh-141 (N011) passive electronically scanned array radar. The radars are housed in a special sting-shaped-nacelles between the engines which cover the rear hemisphere of the aircraft. It fires missilew rearwards.
Terrain-relief-following capacity, automatic smoothing flight system during low altitude operations and an advanced system of fire control and weapon dropping. 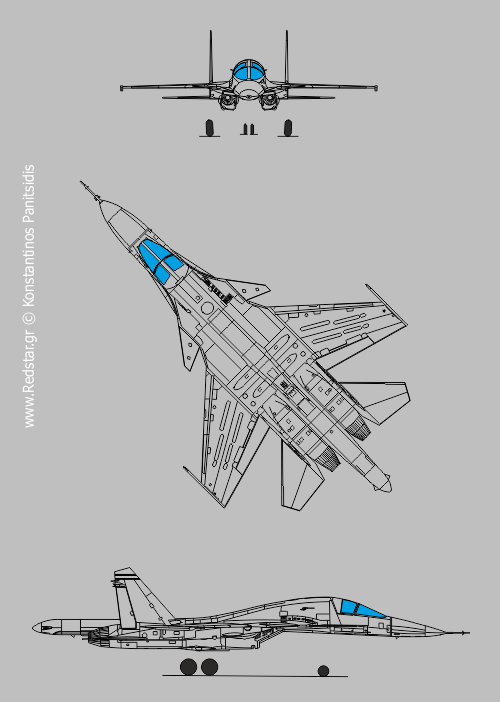