Su-17 (NATO reporting name: Fitter) - is a fighter-bomber that developed in the mid 1960's (with several points of the structure derived from the Su-9).

Su-17 (S-32): Operational history: it used in the war in Afghanistan and the Arab-Israeli war

The aircraft remained in service for almost three decades in the Air Force of the USSR. The aircraft exported in several countries, and participated in many military conflicts. 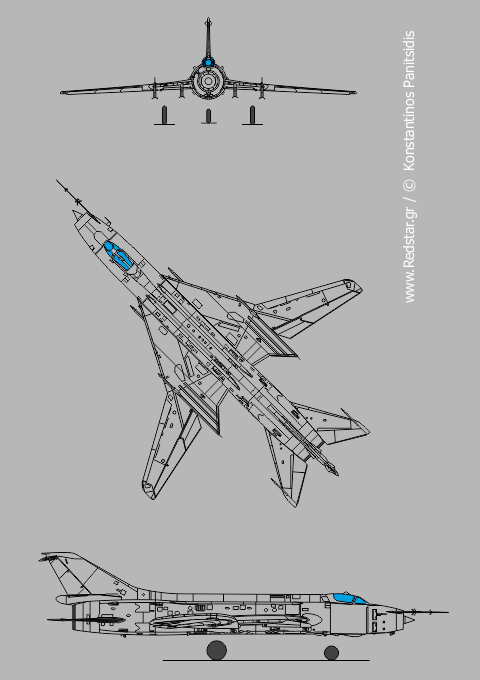