Twin seat training model. On the MiG-29UB aircraft, there is no radar, which limits their combat capabilities, especially in “air-to-air” in air battles. The RLPK-29UB radar fire control system of the MiG-29UB aircraft has the ability to use missiles only with infrared homing (heat-seeking) missile R-73 or R-60, bombs, rocket launcher and as well as the built-in cannon GSh-301. First flight occurred on 29 April 1981. In 1985 the MiG-29UB aircraft was put into serial production and in entered service in 1991.

The MiG-29UB has two widely spaced Klimov RD-33 turbofan engines, each rated at 5040 kgf dry and 8300 kgf in afterburner.

The aircraft has a monochromatic new dark gray paint scheme, rather unusual for the Russian MiG-29s. 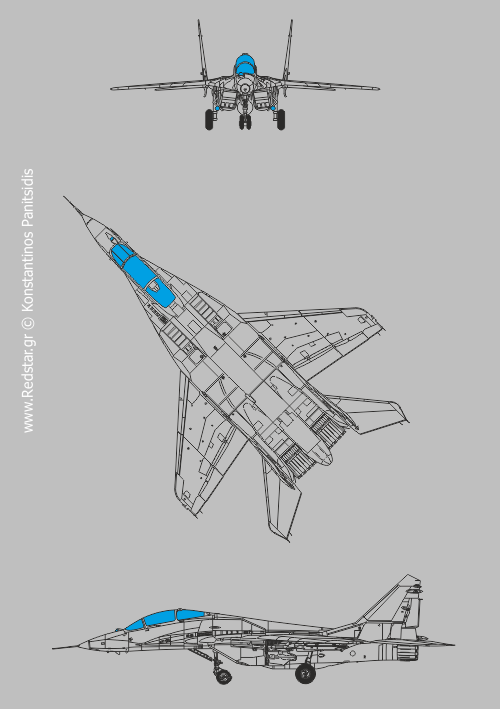