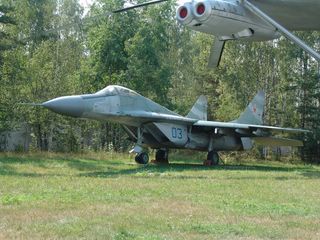 A fourth-generation single-seat supersonic tactical fighter powered by two RD-33 8,300-kgf turbofans. The MiG-29s prototype made its maiden flight on 6 October, 1977. The fighter has been series-produced at the MiG Russian Aircraft Corporations Voronin Production Centre since 1982 with the MiG-29UB twin-seat combat trainer having been manufactured at the Sokol aircraft plant (Nizhny Novgorod) since 1985. As of 2001, the total of around 1,500 aircraft of all versions have been made, of which over 400 were exported to nearly twenty countries, while the rest of them have been operated by the Russian Air Force as well as by five CIS air forces too.

The MiG-29 served as the base for deriving the following versions: the MiG-29UB twin-seat combat trainer (its maiden flight was on 29 April, 1981, as of 2001 about 200 aircraft have been made with the production being carried on); MiG-29M upgraded fighter featuring the new fire control system and a range of serious improvements, its maiden flight was made on 26 April, 1986 with six planes built during 1986-1991); MiG-29S and MiG-29SE singleseaters boasting improved radars and RVV-AE air-to-air missiles (series-built since 1992); MiG-29SD-a version of the MiG-29 made for the Malaysian Air Force and equipped with the in-flight refuelling system and a range of other improvements; MiG-29SM-a MiG-29 version design to deliver precision strikes against ground targets (1995); etc. 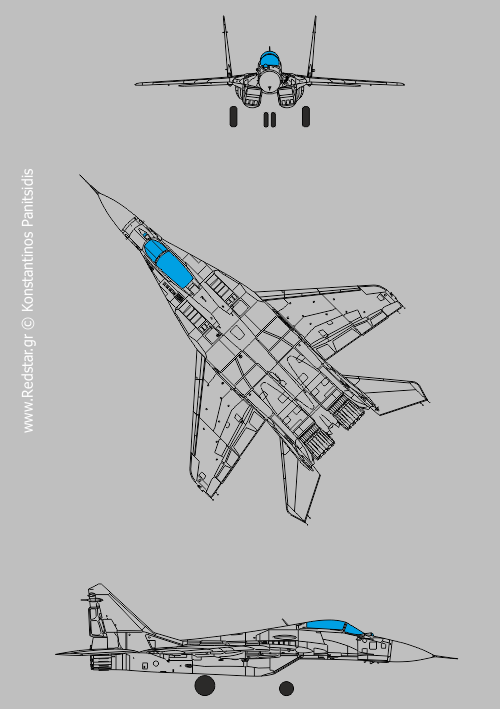