The MiG-25RB aircraft is designed to conduct operational-tactical aerial reconnaissance, as well as to deliver bombing strikes against enemy area targets from the stratosphere.

The MiG-25RB became the first serial tactical reconnaissance aircraft capable of carrying conventional bombs (in the strike version, it is possible to transport up to 4-8 FOTAB-100-80 or 8 FAB-500M-62), including nuclear ones. The maximum payload up to 5000 kg.

It solved the problem of the flight in high aerodynamic heating.

For conducting aerial reconnaissance, the following equipment is installed on the aircraft: in different configurations. 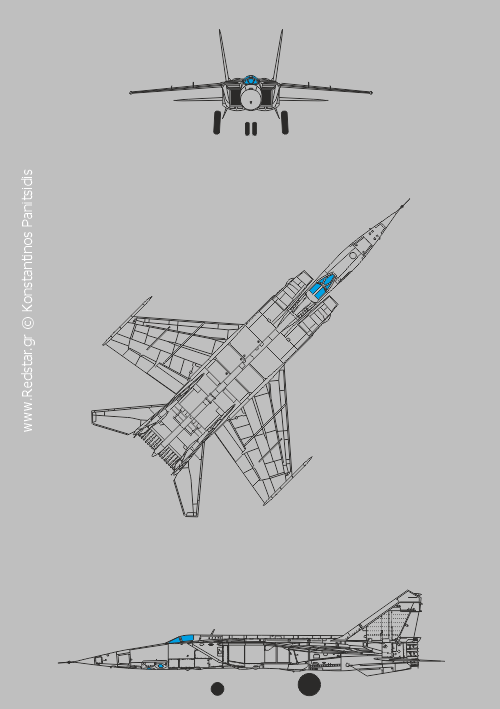