Beriev is curently developing two versions of airplanes based on Be-200, a AEWAC possibly named Be-250 (with a side radar being developed by Vega), and a second one named Be-300 as Search and Rescue aircraft and an anti-submarive version called Be-300 MP, which will be equipped with the Kasatka system, being developed by JSC Radar MMS.

It's a combination of a radar and a firing control system. This system is going to be installed also on the amphibious version of Be-200 MP.

1. Probably a retracting in-flight refueling tube  2. Window-Observation window  3. MAD (Magnetic Anomaly Detector) Placrd on the top of the vertical tail is the magnetometer  4. Radio transparent fairing  5. Radiobuoy Launcher  6. Radiobuoy and blocks automatics clutter clutter-area  7. Weapons Main Compartment – The aircraft is capable of carrying a wide variety of weaponry, like torpedoes, depth charges etc.  8. For anti-submarine combat it carries the Kasatka system. It's a combination of a radar and a firing control system  9. Infrared sensor

The Kasatka system was presented for the first time during the aviation show Gidroaviasalon-2010, stating that it would be carried by airborn vehicles, including helicopters.

1. Side radar which develops from the "Vega" 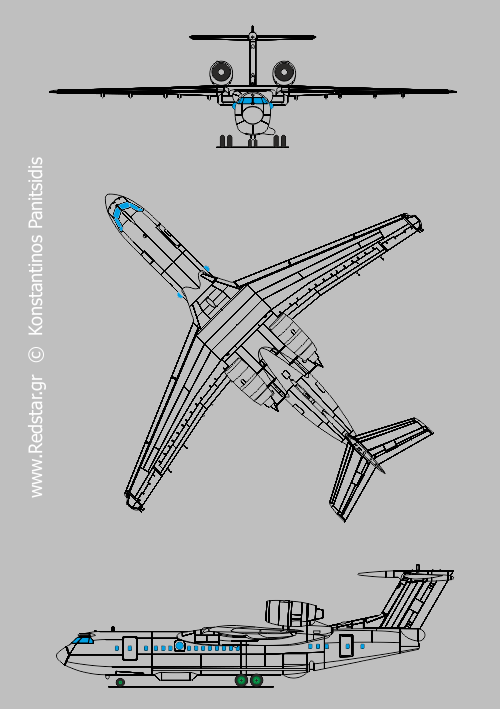