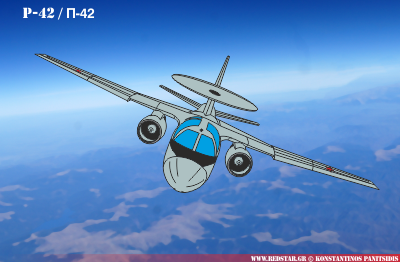 It is an other designing in the S. Union that took place in the beginning of 1970 in order to cover needs for the manufacture of AEW&C of naval usage that would take off from aircarriers type 1160 "Orel" (that were under development).

Even if P-42 reminded enough S-3 Viking it had enough structural differences. It's a monoplane. The two engines were installed under the wing in pylons. The landing system is three points and folds in the fuselage. Big accent was given in structural elements of ship in order to easily attempt from decks of ships.

Almost simultaneously developed two editions of P-42 with bypass engines D-36 with attributed thrust] of 6.400 kilos each or alternative solution with thrust of 5.200 kilos. According to estimates of Beriev, the prototypes could be ready for trials in 1976.

On their base they were also developed as plane of supply of research and rescue and transporting edition.

The program was cancelled afterwards the cancellation of manufacture the aircarrier in 1972. 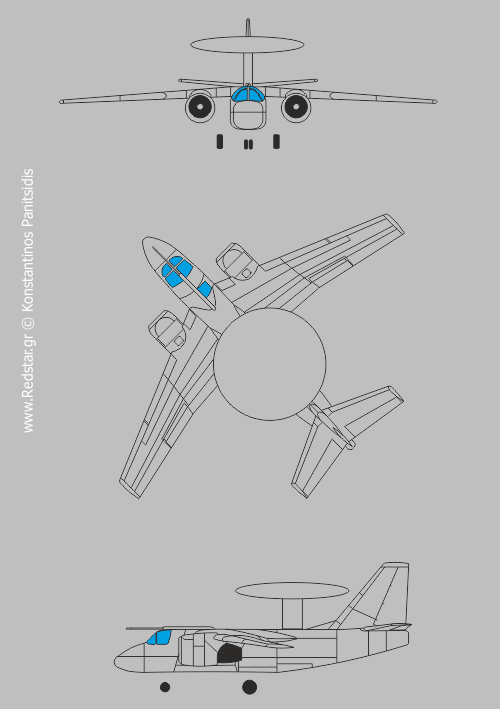