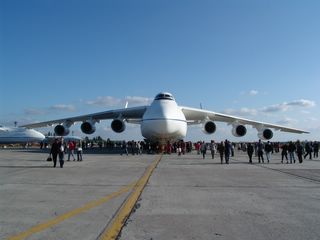 A dedicated super-heavylifter powered by six D-18T 23,400-kgf engines to carry bulky cargoes, weighing up to 250 tonnes, both inside the cargo cabin and externally on its fuselage. Its maiden flight was made on 21 December, 1988.

One aircraft has been built. On 13 May, 1989, the first flight was made by the An-225 with the Buran space shuttle mounted on top of the aircraft. In 2000-2001, the first An-225 was upgraded with advanced navigation and communications aids.

Following the seven-year mothballing and the following upgrade, the aircraft was flight-tested on 7 May, 2001. The improved Mriya is poised to obtain its type certificate soon as well as a new designation-An-225-100. The aircraft is slated to launch commercial operations as early as 2001. 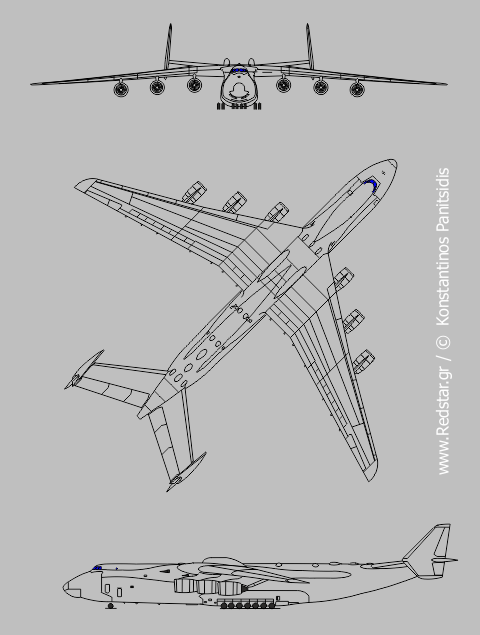