A heavy transport jet featuring a lifting capacity of 150 tonnes powered by four D-18T 23,400-kgf engines. The maiden flight was made on 26 December, 1982. Since 1985, the aircraft has been under series production at the Aviastar plant (Ulyanovsk), first planes were built in Kiev, wings are manufactured at the Tashkent Aircraft Production Corporation (TAPC). 55 aircraft were built.

The primary versions are the An-124 (the baseline heavy airlifter operated by the RussianAir Force since 1987) and the An-124-100 (a civilian transport). 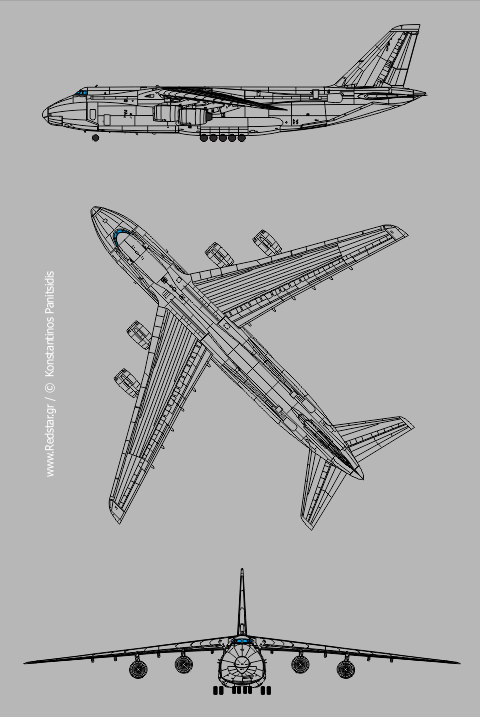