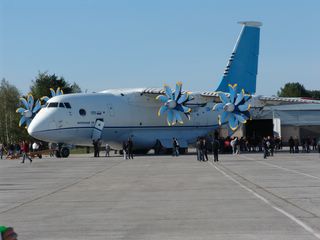 The An-70 is a transport aircraft powered by four D-27 propfans and featuring a lifting capacity of 35 tonnes. The An-70 prototypes maiden flight took place on 16 December 1994, with the aircraft crashing on 10 February 1995. On 24 April, 1997, the flight testing of the second prototype commenced. In 2002, it is to be joined by another prototype nearing completion at Antonov ANTK, which, in turn, will be followed by first production planes. The military transport version of the An-70 became the base for deriving the An-70T civilian transport.

The aircraft is slated for series production at the Aviant (Kiev) and Aviakor (Samara) plants. The An-7X export version programme has been devised for the company to took part in the joint airlifter tender for Western Europe and other prospective buyers. The versions offered are the An-70 four-D-27-powered military transport basic version featuring short take-off and landing and lifting capacity of 20-35 tonnes, a tanker plane, an airborne early warning and control (AEW&C) aircraft, SAR or naval patrol aircraft; An-70-100 a version featuring an upgraded avionics and smaller crew; An-70T - four-D-27-powered civilian transport with a lifting capacity of 20-35 tonnes, An-70T-100 a version of the An-70T with a lifting capacity of 10-30 tonnes powered by two D-27 engines; 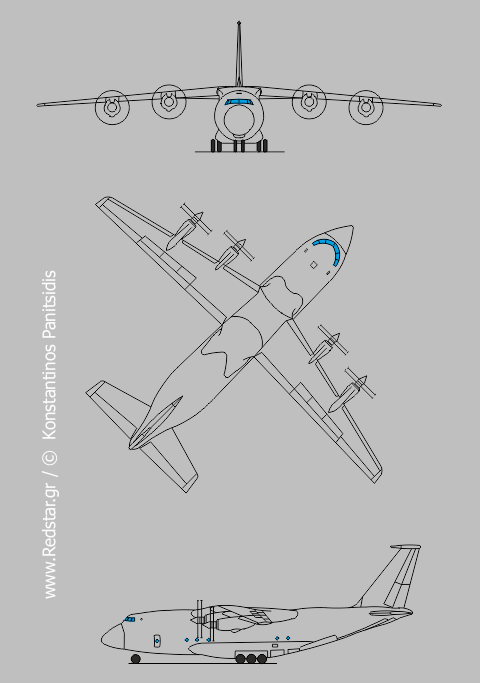