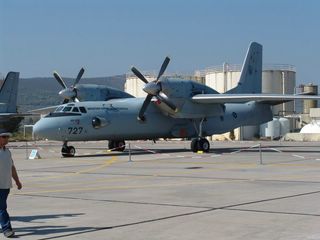 Photos from the personal collection of Kostas Panitsidis  & Marcos Andreou

Aircraft turboprop transport featuring the 6,700-kg lifting capacity and intended for countries with hot and/or mountainous climate. The aircraft is powered by two AI-20M or AI-20DM 5,180 hp engines.

The An-32 prototype maiden flight took place on 9 July, 1976. Since 1982, the aircraft has been in series production at the Kiev-based Aviant plant. There have been built more than 350 aircraft that were exported to India, Afghanistan, Nicaragua, Peru, Ethiopia, Bangladesh and Sri Lanka.

The An-32 served as a baseline model for deriving the An-32B civilian transport without airborne operations equipment, featuring a 7,200-kg lifting capability, An-32P firefighter capable of carrying 8 tonnes of water, as well as An-32V-200 military airlifter with lifting capacity of 7,500 kg and western-made avionics. 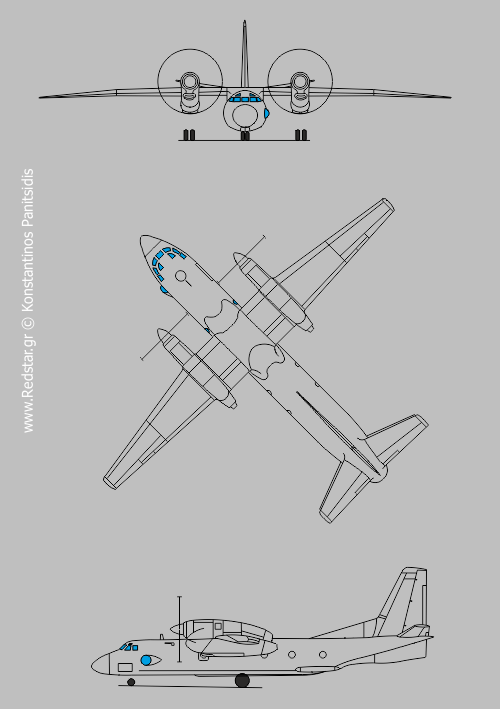