The Tu-2 was built in the Soviet Union beginning in the early 1940's. Mass production of this aircraft started in 1943 and the Tu-2 served in military campaigns of the Soviet Air Force in the final phases of WWII.

A total of 11.427 aircraft in various versions of the Tu-2 were built by 1948 when production stopped.

In 1949 the Polish Air Force received 8 medium Tu-2S bombers in the basic version. They were first assigned to the 7th Independent Bomber Regiment. In light of intentions to introduce a jet bomber no additional Tu-2S were imported.

The Tu-2S were retired from service in the Air Force and the Naval Forces in the mid – 1950s. 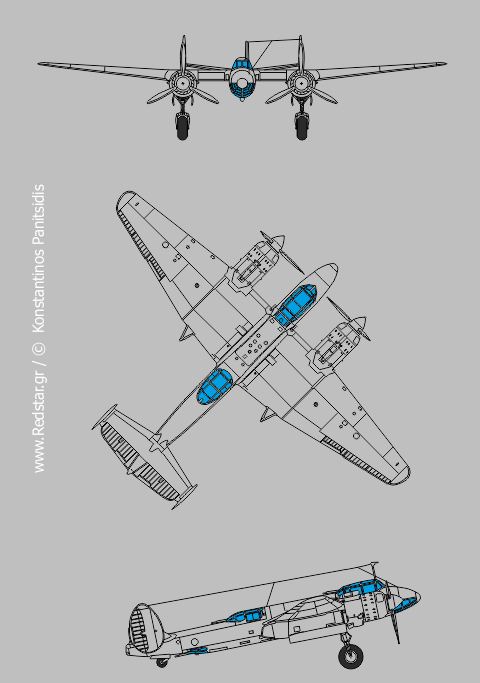